Back to School News
Share this article
School News

On Monday, we held Greek Day in year 5!

To get into the spirit of the ancient Greeks, we dressed up in their clothing for the day as we got up to a number of fun activities.

We have a lot to learn from Greek civilization, and we were able to incorporate many different subjects into our Greek day while keeping in theme. We started our day with maths, investigating perfect numbers originally found by an Ancient Greek Mathematician called Pythagoras.

We then enjoyed hearing and telling Greek myths just as the ancient Greeks would have done themselves.

In the afternoon, we had a two course Greek feast where the children tried foods which would have been eaten during the Ancient Greek period including some fish and olives! One pupil, Eve, had never was so excited by the food, when she got home she said "Mum, please buy Sardines, I love them!"

To round off the day, we held our very own Greek Olympics which included shot put, standing jumps, and chariot races. 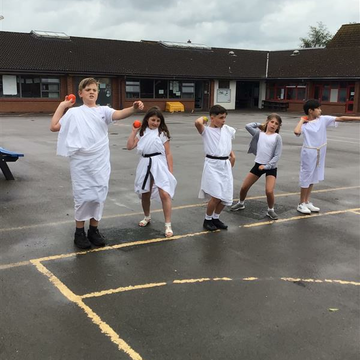 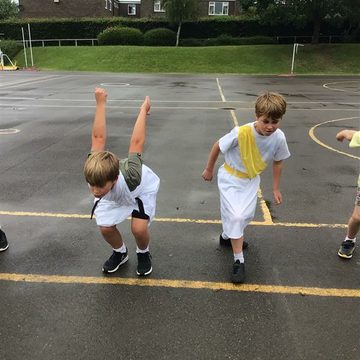 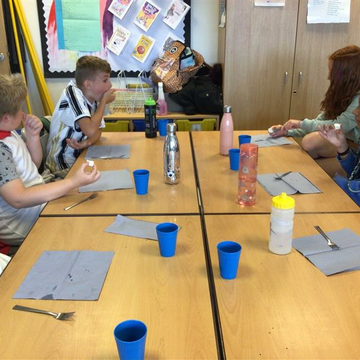 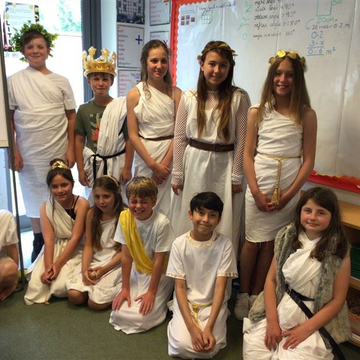 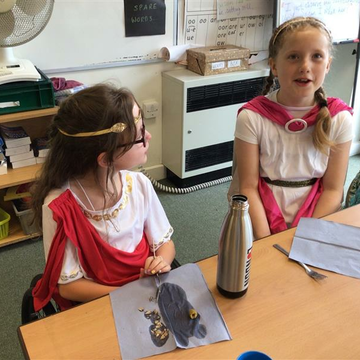