A trip to the Morlais Quarry and some climbing and abseiling were in store for Green group today. Once again the children began the day by ensuring that they had their correct individual equipment of walking boots, helmet and harness, before heading off. Upon arriving, the children had a short 20 minute hike along a disused railway line to the old limestone quarry. The climbing began with some bouldering – rock climbing on some smaller rocks without the harnesses – to get the children used to the types of cracks and crevices they would be looking for a little later in the day.

After lunch, it was time to get suited up into the harnesses and prepare for climbing involving ropes. The children were put into groups of three, with each child having a go at climbing while the other two managed the ropes through belaying. Once again it was great to see such excellent communication skills within the team. There was not only plenty of encouragement to their fellow team members, but also help and advice for those on the rock face. Some particularly great effort from Rio and Libby, who not really grasped the technique of getting up and down the rock face, but looked to ensure their respective teams were able to complete the tasks confidently.

Before the day was out, the children also had the opportunity to try some abseiling. Once again, the children excelled in some very difficult conditions. Climbing and abseiling is hard enough as it is, but add in some wind and rain, and the challenge changes completely. Currently, the children are out in the darkness around the grounds of Plas Pencelli on a treasure hunt. I’m not sure they’ve noticed it’s raining!

Another fantastic day for Blue group – canoeing 3 miles of the Brecon and Monmouthshire Canal! The weather was better today and it was only towards the end that they had to battle the wind slightly. Their communication skills had to be even better today as they worked in teams of three in a boat. Ross was feeling apprehensive at the start of the day, but after a short amount of time, was really enjoying himself, and did a super job of steering the boat!

Oakley and Josh have been really good at supporting their team members and lifting morale when required! Jack (the instructor) commented on how polite they were as a team and was really impressed with their canoeing ability and resilience when things got a bit tough! At the end of the journey, the children had a very difficult job of moving each canoe from the canal, up a steep muddy bank, to the minibus, where they then lifted the boats onto the trailer. This took a can-do attitude and some real muscles! Once this was completed, most of the group decided they wanted to jump into the canal before the short drive back to Plas Pencelli.

What a great day for the Orange group! It began with the children being dropped off with canoes and getting them from the trailer to the Brecon and Monmouthshire Canal, which was hard work down a steep bank, before canoeing the 3 miles back to Pencelli. The weather was good and the canal was crystal clear. Bella and Daniel were particularly quick at picking up how to steer. However, everyone else did a brilliant job and really enjoyed their day.

Lunch was in a lovely spot in Talybont, which actually had REAL toilets that were even heated! This was enjoyed by all. On finally reaching Pencelli and packing away all the equipment, the children had the opportunity of jumping into the canal.

Wow! What a wonderful day for the Red group. After a short drive we arrived at Porth yr Ogof cave for our caving experience. We started with a surface walk, and had the opportunity to look down into the caves we were later to explore. After lunch and getting kitted up, we entered the cave. We explored various parts of the underground cave network, with the children having to navigate the river, boulders and various crevices.

We all squeezed through some small gaps, and slid on our tummies through the letterbox. The final challenge was to go ‘down the toilet’ (a small hole in the rocks). I’m pleased to say that all children were successfully flushed through! Lewis proved he had great outdoor education potential, being a great team member. Evan and George were cautious, but every challenge in a confident way.

A drier start today saw yellow group travel to Morlais quarry for rock climbing. The children all showed great courage in negotiating the rock face. Daniel M overcame his fears and climbed with great confidence, whilst Alfie displayed super belay skills. The activity came to an end with abseiling, which the children found very enjoyable. 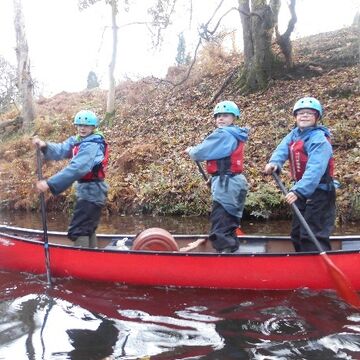 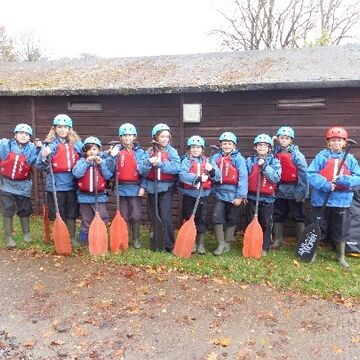 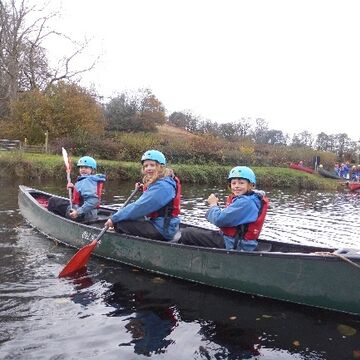 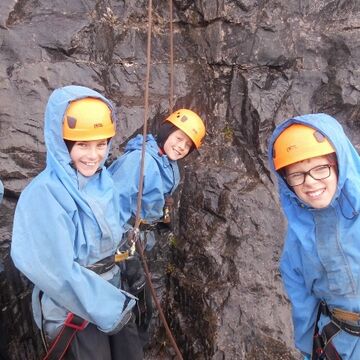 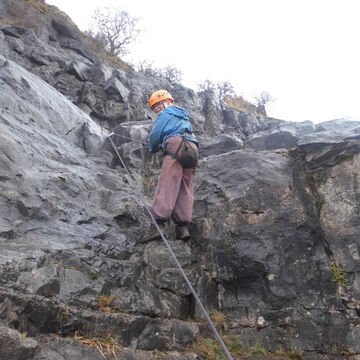 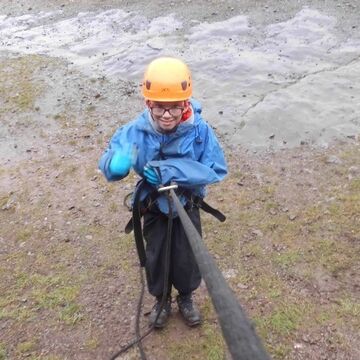 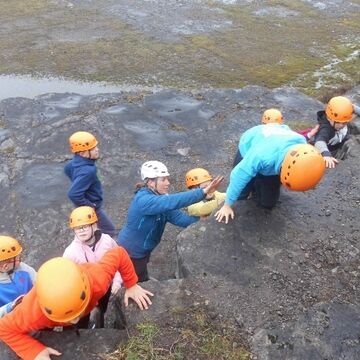 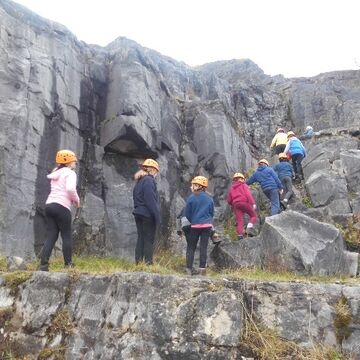 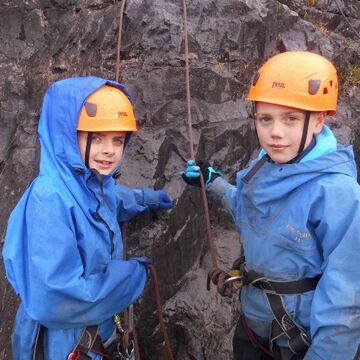 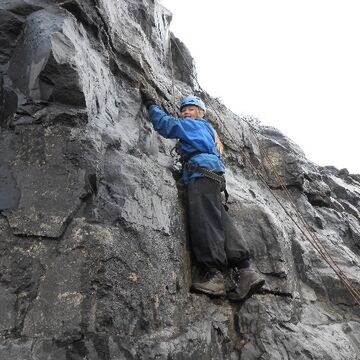 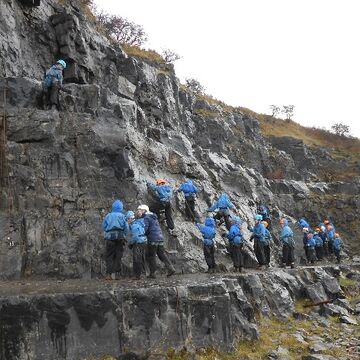 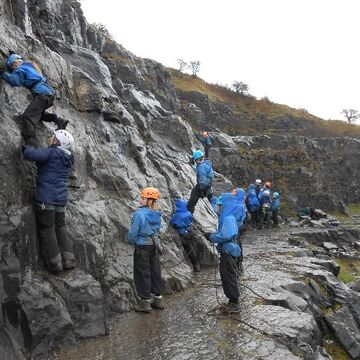 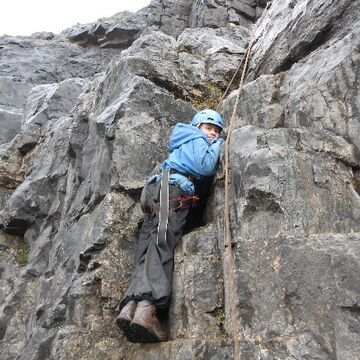 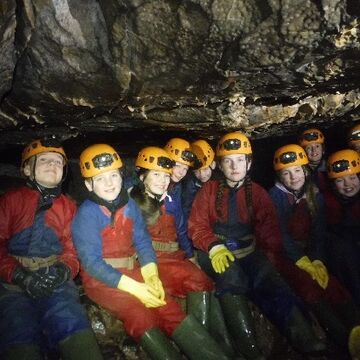 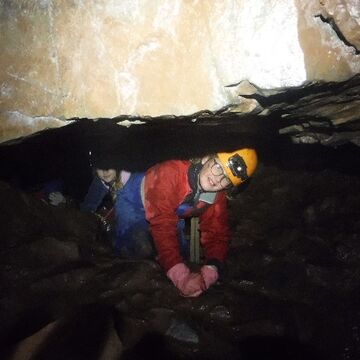 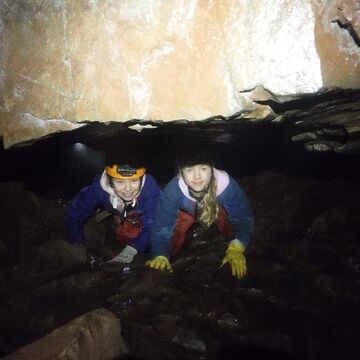 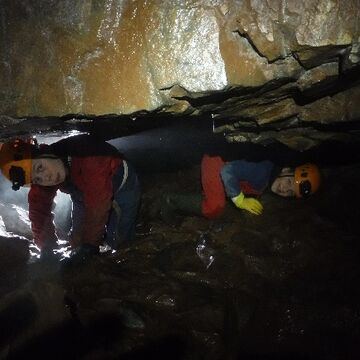 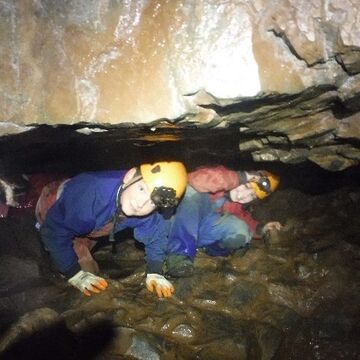 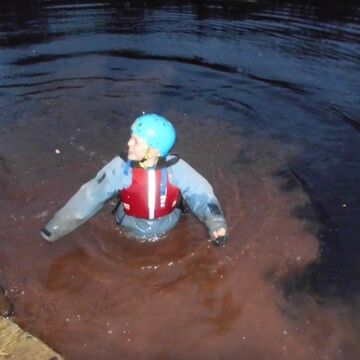 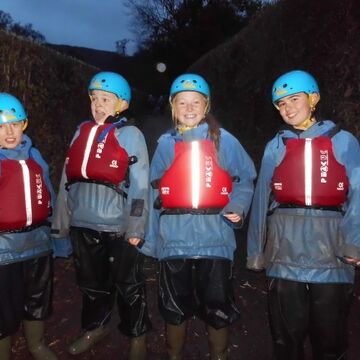 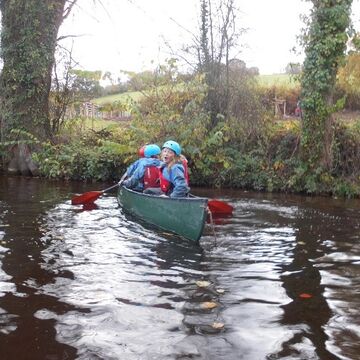 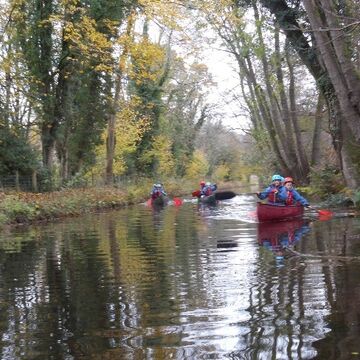 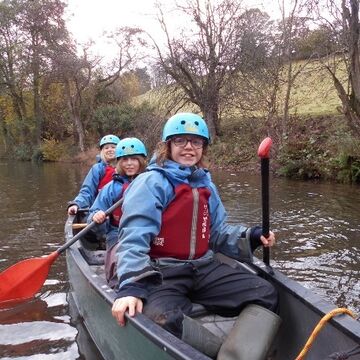 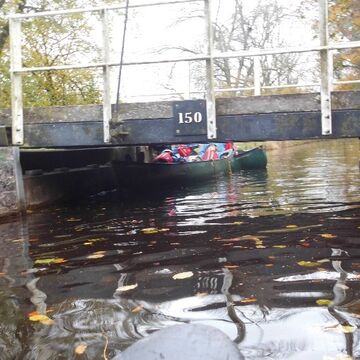 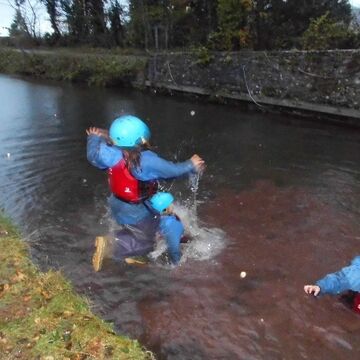 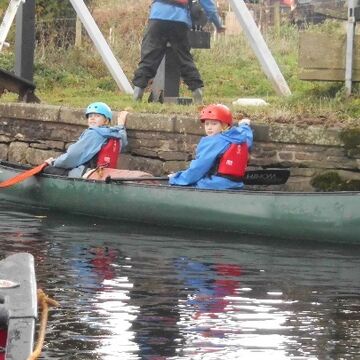 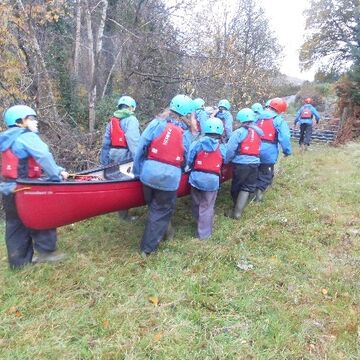 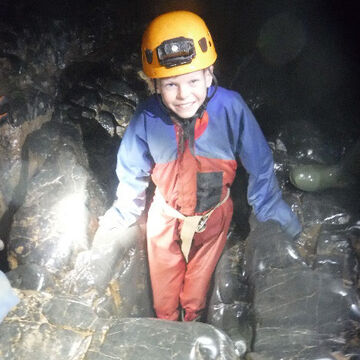